What are the different types and forms of protein powder? 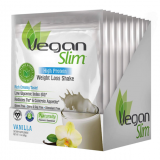 Protein powder has immensely grown in popularity— not only in body builders and elite athletes, but also in the general population. Everyone is always talking about protein—discussing questions related to the “what”, the “when” and the “how much”. These questions are often complex and difficult to answer. With that being said, the goal of this article is to help you better understand the “ins” and “outs” of protein powder—everything from the different forms to the different types of protein.

First, it would be best to define what protein powder is—which is simply a powdered form of protein available as a protein concentrate, isolate, or hydrolysate (1).

Protein hydrolysates are produced by further heating with acid or enzymes, which breaks the bonds between amino acids to allow for quick absorption (2). Due to its quicker absorption, casein hydrolysate has also been shown to be approximately 30% more effective in stimulating muscle protein synthesis than intact casein (3).

Protein hydrolysates are commonly used to induce rapid increases in plasma amino acids before, during, and after exercising, which can maximize muscle protein anabolism and serve as an aid for recovery (3). Additional research has also shown protein hydrolysates to have an antioxidant and anti-inflammatory effect on the body (4).

Protein powders do not only come in different forms but also in different types, such as whey, casein, soy, and quinoa protein.

There is a growing interest in the use of dairy hydrolysates containing bioactive peptides as facilitators for maintaining general health and preventing chronic human diseases (4). For example, a clinical trial found that the consumption of whey protein hydrolysate for 6 weeks reduced of systolic and diastolic blood pressure in hypertensive patients (4).

Milk contains two types of protein, whey and casein, which have been characterized based on their rate of digestion as “fast” and “slow” proteins, respectively. Soy, on the other hand, contains a single homogeneous protein type, which is digested in a manner more similar to whey than casein (6).

Tang and colleagues hypothesized that the consumption of whey hydrolysate, casein, and soy proteins would differentially stimulate muscle protein synthesis, based on the rate at which they are digested both at rest and after resistance exercise (6). Their findings suggest a greater muscle protein synthesis after whey hydrolysate or soy protein than casein both at rest and after resistance exercise. In other words, the fast-digested whey protein promotes muscle protein synthesis while the slow-digested casein inhibits the breakdown of protein (6). These differences may be attributed to the speed at which these proteins are digested or to differences in leucine concentrations of each protein (6).

Furthermore, whey protein hydrolysate, in combination with exercise, has been shown to aid recovery from intensive exercise by suppressing the signal for muscle breakdown, reducing markers of muscle damage, and improving overall performance (7).

Other types of protein powders include…