As an owner and parent to your wonderful, mushy, fluffy, can-do-no-wrong, furry friend, you want nothing more than to feed them desirable foods and treats that are safe, traceable, and nutritious.

Both cats and dogs share similar digestive-related characteristics including their short GI tract and their inability to synthesize their own vitamin D. However, cats and dogs are undoubtedly different. Dogs are omnivorous, while cats are carnivorous. Dogs have specific genes that are involved in starch digestion and glucose uptake, while cats are able to catabolize and use amino acids as energy for gluconeogenesis. Due to these differences, cats and dogs have different dietary requirements (1).

In order to promote and improve the health of your fluffy child, food scientists and healthcare professionals must work together to provide a better education on new scientific developments and achievements in animal nutrition.

This article explores the promising benefits of probiotics, vitamins, minerals, and coenzyme Q10 on animal health and wellbeing.

Probiotics are live microorganisms that, when administered in adequate amounts, confer health benefits to the host, such as detoxifying potentially harmful substances in the diet or barricading exogenous pathogenic microorganisms to prevent infection (2). In the case of cats and dogs, probiotics are able to reestablish homeostasis in the digestive system after disruption of normal function by stress, infection or medical therapy (3).

There are many different strains of beneficial bacteria. One strain in particular—Lactobacillus rhamnosus—has been used as a probiotic to prevent the growth of harmful bacteria in the stomach and intestines. As a probiotic, Lactobacillus rhamnosus can be used for a variety of different purposes, such as increasing appetite and weight, and improving stool form, intestinal flora, cholesterol, triglyceride and serum protein. Lactobacillus rhamnosus may also have a positive effect on the prevention or treatment of microbial intestinal or nutritional diseases (4). With that being said, DogVites Probiotics 4 Pets utilize this very strain due to its proposed and scientifically validated benefits.

In a double-blind, placebo-controlled intervention study, 60 dogs with acute diarrhea were randomized to either a sour-milk product containing three canine-derived Lactobacillus sp. probiotics in combination of Lactobacillus fermentum VET 9A, L. rhamnosus VET 16A, and L. plantarum VET 14A, or a placebo. The probiotic had a normalizing effect on canine stool consistency, enhanced the well-being of the pet by maintaining appetite and reducing vomiting. Additionally, concentrations of Clostridium perfringens and Enterococcus faecium, which typically increase during diarrhea episodes in dogs, were decreased in probiotic group feces when compared to the placebo group (3).

Research suggests dietary supplementation of Fructo- and Mannan- oligosaccharides in combination with a mixture of vitamins and minerals to be beneficial on colonic health and immune status of dogs (6).

Additionally, research has focused its attention on supplementing with vitamin E, taurine, carnitine, omega-3 fatty acids, and coenzyme Q10, as a form of therapy for dogs and cats with cardiac disease (7).

Coenzyme Q10 is known for its role in energy production. With that being said, it is extremely important to maintain adequate levels—especially in the heart.

Coenzyme Q10 has been shown to prevent DNA damage in cells through the mitochondria and improve immune response, which plays a critical role in the development of cancer. With that being said, a decreased immune response in very old and very young dogs result in an increased susceptibility to the effects of carcinogens (7).

Lucky enough for you and your fluffball, DogVites—in addition to their Probiotics 4 Pets— have their very own Multi-Vitamin & Mineral Formula and CoQ10! For more information, visit our website at epic4health.com. 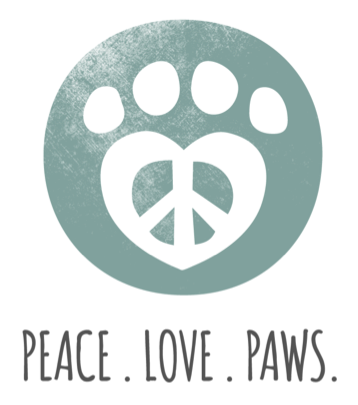