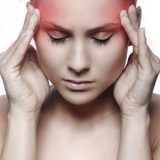 New research from Cincinnati Children’s Hospital sheds light on the vitamin and supplement deficiencies that can be a major contributing cause to migraines, especially in younger people.

The Study in question included children, teens and young adult migraine patients. Many of them were shown to have deficiencies in Vitamin D, Riboflavin and Coenzyme Q 10.

This confirms previous research that show vitamin and supplement deficiencies linked to migraines.