What does L-theanine have to do with ADHD?

Attention Deficit/Hyperactivity Disorder (ADHD) is one of the most common neurodevelopmental disorders among children—many of whom have trouble paying attention, controlling impulsive behaviors, or being overly active (1).

Oftentimes, ADHD occurs with other disorders and conditions, such as depression, autism spectrum disorder, and Tourette Syndrome. In 2016 alone, 75% US children with ADHD had at least one other mental, emotional, or behavioral disorder (2).

The cause(s) and risk factors for ADHD are unknown, despite the common, yet inaccurate, belief that ADHD is caused by consuming too much sugar, watching too much television, parenting, or social and environmental factors. However, there is strong enough evidence to show that genetics plays an important role. Other possible causes and risk factors include brain injury, alcohol and tobacco use during pregnancy, premature delivery, and low birth weight (1). 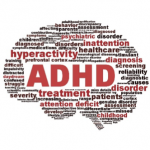 However, every child is unique and may take to a particular treatment differently. With that being said, it is important that treatments are closely monitored (1).

L-theanine is a water-soluble amino acid known to promote a “relaxed, yet alert, feeling at rest” (3). Aside from its ability to reduce stress, anxiety, and blood pressure, L-theanine may also be effective in the treatment of ADHD.

Evidence-based research has shown a variety of benefits from taking L-theanine. It has been shown to have a calming effect when people are under physical and psychological stress, enhance attentional capacity and mental clarity, and improve overall cognitive performance. It has also been found to improve simple reaction time, speed of numeric working memory, word recognition, and accuracy of sentence verification.

A 2011 randomized controlled clinical trial investigated the efficacy and safety of L-theanine as an aid to improving sleep quality among 98 boys, ages 8-12, who have been formally diagnosed with ADHD. Participants consumed two chewable tablets of L-theanine twice daily, totaling 400 mg/day for six weeks. After collecting and analyzing the data, the authors concluded that 400 mg/day of L-theanine is safe and effective in improving some aspects of sleep quality in boys diagnosed with ADHD (4).

Barrett JR, Tracy DK, Giaroli G. To Sleep or Not To Sleep: A Systematic Review of the Literature of Pharmacological Treatments of Insomnia in Children and Adolescents with Attention-Deficit/Hyperactivity Disorder. Journal of Child and Adolescent Psychopharmacology. 2013; 23(10) :640-647.